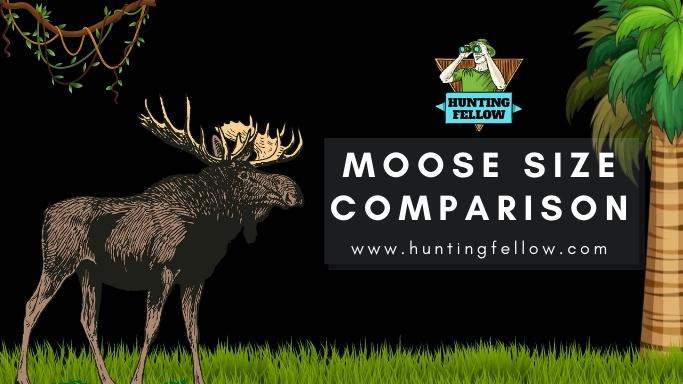 Latest Reviews of the Best Binoculars for money

To make it easier for you and give you a clear picture, a fully grown moose look taller and bigger than even a horse. There are different subspecies of moose that are of varying size and weight. Most of the subspecies are taller as compared to other animals.

In this article, you can find out the average size of every subspecies of deer and compare their size with humans and animals, including deer, horses, and elephants.

The name of the deer family in Latin is “Cervidae,” and the moose is the tallest and biggest species of the Cervidae family. Moose are brownish-black, almost black. Their appearance seems a little similar to a horse as both have long legs and the same body shape. However, moose have antlers while horses don’t.

Furthermore, moose have a droopy faces and dewlap covered with hairs. Their antlers are widespread, long, and have branches. So they add to the tall appearance of moose.

Moreover, there are a vast number of moose inhabited in Canada. The word moose evolved from the word “moosh,” which is from the language of the Innu people in Canada. There, “moosh” means bark eater. However, In European countries, moose are known as elk.

Moose has different subspecies, out of which four are the most prominent in Canada. These include (Alces alces America) Eastern moose from eastern Canada and the United States.

Alces andersoni, commonly known as northwestern moose, populated in northern areas of Dakota, Michigan, central Canada, and Minnesota. Whereas the third subspecies is Shiras moose, inhabited in the Rocky Mountains of the United States.

Based on their distinctive traits and geographical location, some further moose species are Siberian Moose, Yakut Moose, and European moose, collectively recognized as Eurasian moose. The geographical areas affect the inhabited moose there and cause variation in their characteristics, leading to the evolution of subspecies.

All the subspecies of moose vary in their average weight, height, size of antlers, and skin color. The gigantic subspecies are Alaskan Yukon moose, mostly found near rivers in Alaska.

Male Alaskan moose can weigh more than 1800 pounds, while females have an average weight of 1000 to 1100 pounds with more than 7 feet in height. They can grow antlers of over 1.8 m in length.

After Alaskan moose, the second-largest subspecies is western moose from the western regions of Canada and the United States. The weight of male western moose is about 1000 to 1500 pounds, female between 600 to 800 pounds, and height is between 6 to 7 feet only up to the shoulders. Their antlers are a little smaller than the antlers of Alaskan moose, about 1.6 or 1.7 meters.

Aside from these species, the largest subspecies of the Eurasian species is the East Siberian moose. Siberian moose are smaller in height and weight as compared to Alaskan moose.

Even the smallest subspecies of moose weigh up to 1000 pounds and are at least 5 to 6 feet tall. These species are named Yellowstone moose, inhabited in North America, Russia, and China.

Moose Size Comparison with Others

The adult male moose are called bulls, while the adult female moose are cows. Both are heavier and bigger than all other species of deer. The whitetail deer, blacktail deer, or elk cannot compete with moose size and weight.

However, just like the moose, horses also vary in their height. There is also the smallest and tallest size for a horse. Comparing the tallest horse and moose, they can be almost the same height, i.e., 7 feet. But due to their bulkiness, a moose will still appear bigger than a horse.

No doubt that a deer, elk, or horse are smaller than moose, but comparing moose with other animals, such as elephants, one of the heaviest animals living on the earth, can make a seven-foot-tall moose seem smaller.

Have you ever seen a moose from close? No wonder that 7 feet or even more than that tall and heavy moose with wide antlers will make you look tiny in front of it. The moose are measured by their shoulders; their antlers make them even taller.

Even the height recorded of the tallest man alive on earth cannot exceed the height of a fully grown Alaskan moose.

Moose are the largest and most gigantic species of deer. Comparing moose with animals such as horse and elk give us the result that they are larger than all those animals. Similarly, humans are also tiny in front of a moose. But a moose can not exceed the height of an elephant; that is itself a large and bulky animal. There is no more adventurous and exciting way to hunt wild game than Bow hunting. If you ask the people around you who have experienced it, they’ll tell you that it’s worth the effort and sweat. Being the purest form of hunting, it isn’t just a piece of cake, instead requires skills.  Unlike rifle hunting,… 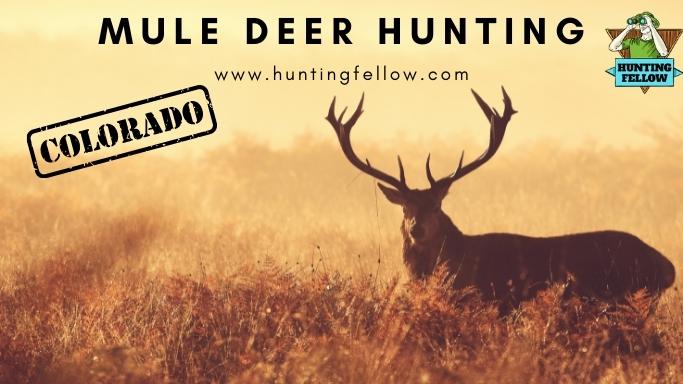 In western areas, mule deer hunting has always been fun. You can easily spot them around in any season. Being small in size, they are easy to hunt. Beginners usually hunt mule deer after some guidance before going for any other species of deer.  In addition, hunting mule deer in western locations is cost-effective. Having… 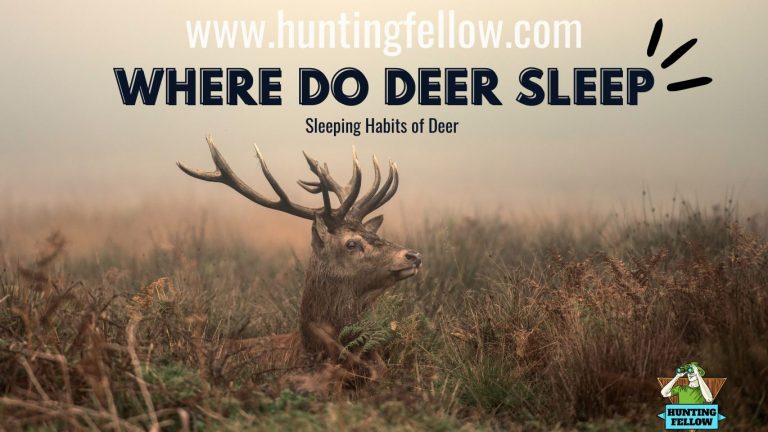 Well, anytime anywhere in the forest, a deer may sleep under a shady tree surrounded by long grass or somewhere between the rocks that will cover him from danger. They look for a safe place for themselves or their fellows to sleep without any site specification. The time of the day or year also matters… Whitetail deer can indeed smell the gases produced by Thermacells. Although deer can smell a Thermacell, hunters should still use one to repel mosquitoes. As hunters, we are more worried about whether a Thermacell may scare deer away from our hunting spots. Whitetail hunters will be happy to hear that the likelihood is that the… Hunters are always in search of a crossbow that can shoot at long distances with power. While some target archers also need to look after that for competitions. How far a crossbow can shoot depends on various factors. This includes the features of a crossbow, its velocity, style of archery, and also the performance of…