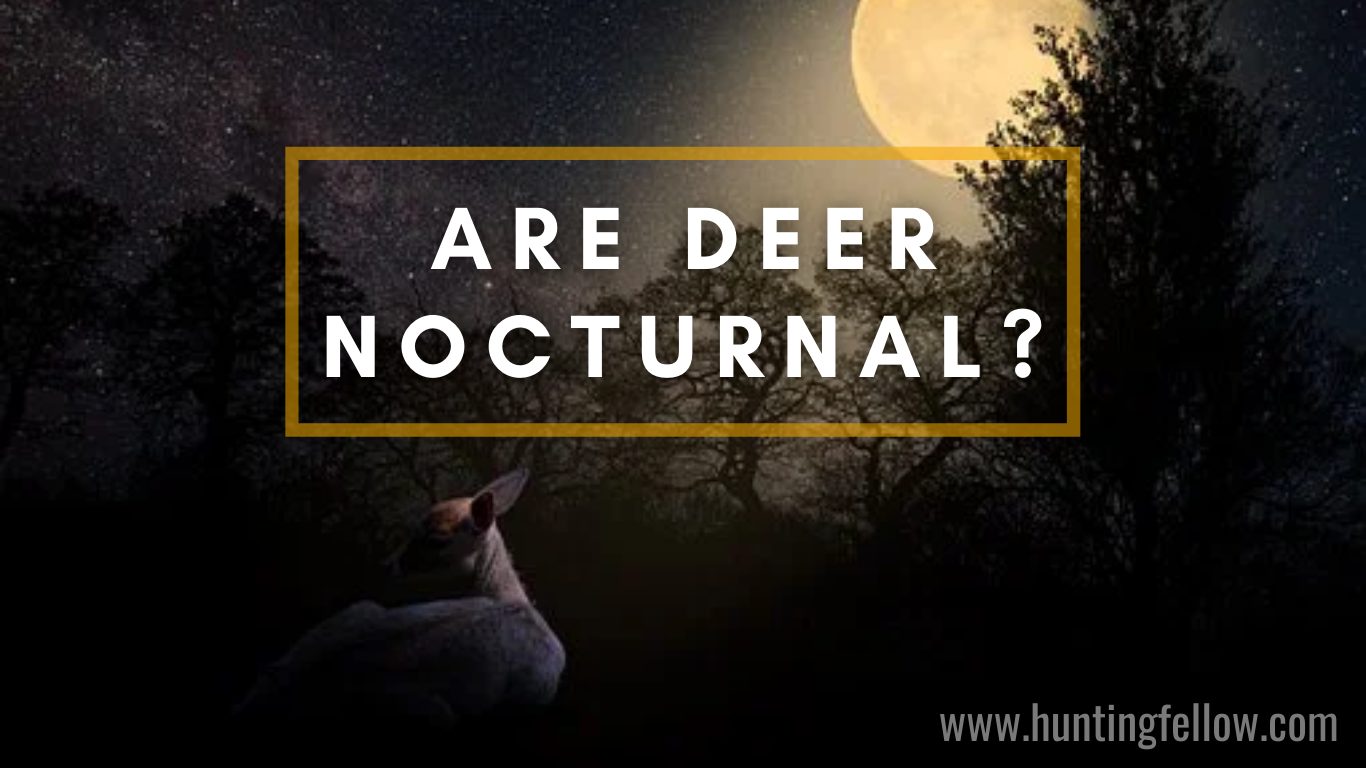 Are Deer Nocturnal or Crepuscular? You might have seen deer in the woods moving around in the evening or night and maybe early in the morning as there is no specific time for deer to sleep.

Nocturnal animals are those animals that remain active throughout the night and sleep during the day. In contrast, crepuscular animals are specifically most active in the time of morning and evening twilight.

In this article, we will discuss the crepuscular nature of deer in detail. Different factors affect the sleeping schedule of deer and why they seem to be nocturnal.

Deer are said to be more of a crepuscular animal rather than nocturnal. Prey animals prefer to move when people or hunters are not around. That’s why they can be seen outside early in the morning and at the time of sunset.

When do Deer Eat?

Preferably, Deer eat in the time of evening after eating early in the morning because they are more active at those times, and the weather is quite pleasant in these hours of the day. Being prey themselves, they are cautious and eat at times when it’s safe for them outside.

However, eating at night becomes necessary when they do not find a chance to go out in the daytime. There are several other reasons for a deer to look for food at night, such as at night fewer animals are looking for food, so it is easier for deer to find food at that time.

Moreover, there are no hunters at night from whom they need to hide. Therefore some predators of deer, such as lions, have also developed the nature to prey at night.

When is Deer Active?

Deer are active at twilight and some other time of the day, either during the day or at night, making them somewhat nocturnal or diurnal and crepuscular.

During the day, deer move around cautiously, eat food, and sleep when they need to.

Sometimes they move around and go to distant places to look for new hiding spots or more food. But sensing any danger around, they will hide in their shelters all day long.

Following the same routine at night, they show nocturnal behavior from time to time as per the situation. But under normal conditions, they like to rest and stay in their spots during the nighttime.

Why Do Deer Seem to be Nocturnal?

You might have seen deer moving around or standing on the side of roads or tracks near forests while driving through those roads and thinking that deer are nocturnal animals.

But as we discussed above, the sleeping routine of deer varies from time to time due to various factors, including the weather conditions, seeking shelter from predators, and going outside to look for food when hunters are not around.

However, these factors do not contribute to making them nocturnal. Instead, deers adjust their sleeping routine according to their activities, which leads them to stay awake at night in some seasons.

Sometimes they don’t go out for a whole day to avoid predators and hunters, hinting that they are nocturnal, but it is not valid. Deer do not sleep for a long time. They sleep for some minutes, wake up and sleep again after some time throughout the day and night.

Are Whitetail Deer Nocturnal or Crepuscular?

If we talk about whitetail deer, these deer move around to look for food early morning or evening. Depending on the area, this time is most suitable for going outside and looking for food as the temperature is quite bearable for deer. So whitetail deer cannot be called nocturnal as they are more active at twilight.

However, you may see whitetail deer moving around at night or any other time of the day and think of them as nocturnal or diurnal, but it is due to the varying sleeping routine of deer that they can be seen anywhere at any time.

Contrarily, blacktail deer are known to be nocturnal as they are primarily active during the night. Therefore, it is not easy to hunt them. They stay hidden in the daylight, sleeping and resting in their hiding spots, and come out at night to find food for themselves. Deer have a vision that lets them see easily in the darkness; therefore, searching for food at night is not a problem for them.

Aside from being nocturnal or crepuscular, some deer can be identified as diurnal, meaning they are active all day long and seek shelter at night. Therefore we can categorize deer as nocturnal, crepuscular, or diurnal, depending on their species.

If you live in rural areas near a forest or any place where deer are mostly found, you frequently hear about accidents of cars with deer at the time of evening. It is because, at that time, deer are outside. Sometimes drivers cannot see them due to low light, and they come in front of the car suddenly.

Another factor that determines the activities of deer is their location. In some places, deer tend to be active all day and remain in their shelters at night, while in some areas, such as in the Netherlands, deer are most active when the sun is rising or setting and sometimes also at night.

In fact, some deer can be both crepuscular and nocturnal or crepuscular and diurnal at the same time. Even being affected by regional differences, most species of deer living in different areas are known to be primarily crepuscular in their activities.

Deer are crepuscular mainly but possess the flexibility to change and display nocturnal or diurnal behavior. Being active only at the time of twilight is a short period of time in a day is not enough. Therefore, they add some hours of either day or night and remain active at that time.

Hunters cannot hunt deer at night, but they can go after them in the twilight hours as they are most active and moving around. Also, people living near a forest need to be very alert while driving. Because in twilight hours they can get into an accident with deer roaming around. Binoculars are absolutely necessary for bird watching, stargazing, hunting, and other outdoor activities. But what do the numbers on the binoculars mean? Let’s take a closer look. The first number (e.g. 8×42) indicates the binocular’s magnification power. This means that the image you see through binoculars is 8 times larger than it is with the… 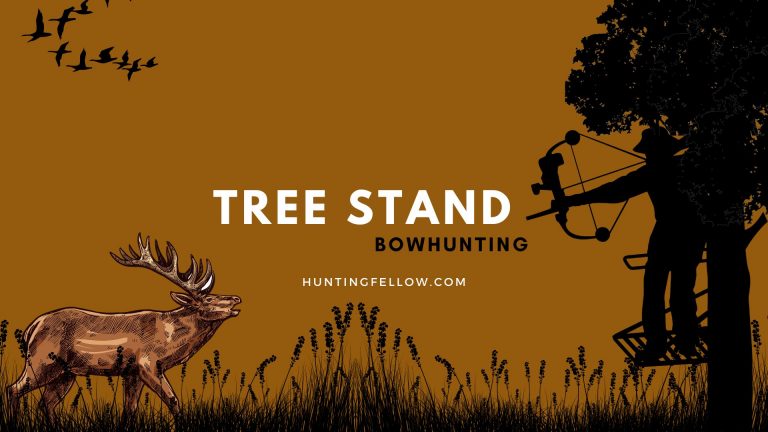 Are you having a sort of difficulty in deciding where to hang your tree stand for bow hunting? Learn how to tree stand bow hunt and be successful in your next hunt! Bowhunters often ask about the correct height to hang the tree stand. Every hunter has his thoughts and choices relating to the tree… Although the concept of using bows and arrows in warfare is now old, they haven’t lost their popularity for hunting, sports competitions, and even recreation. People are still looking for the best bows and arrows available in the market and online. Bows and arrows can have different features depending on the model and company, but… 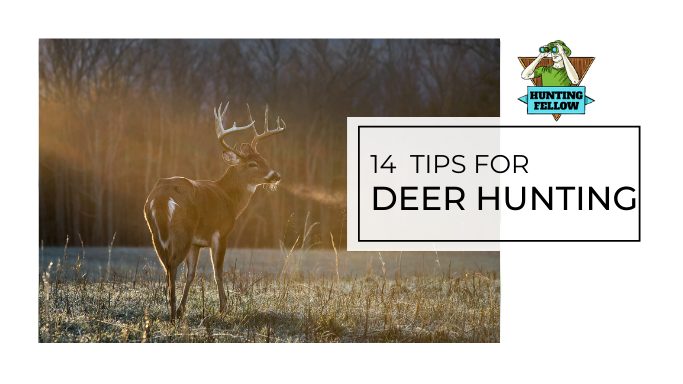 With the ever-changing deer hunting landscape, it’s important to be aware of how changes in technology and equipment can affect your success. We’ve compiled some helpful deer hunting tips for this year’s season that will bring you closer than ever before to a Whitetail Deer Hunt! Deer Hunting Pro Tips Everyone Should Follow How to…